TrueKinetix was founded by former triathlete Bas van Rens from the Netherlands.

When he was training for Kona (the world triathlon championship) he ran into a problem. Because he had to train indoors in the winter he got the feeling that the sensation of riding wasn't true.

When he finally could train outside again in the new season, it didn't feel like he had trained in the right way. This frustrated him, he was not ready for the outdoor challenges. Because Bas wanted to improve his indoor training, he decided to build his own indoor bike. This project started in his attic room, but soon got out of hand. It started with building a prototype of the Lego of his 2 sons. Quickly Bas had to look for team members and the project spread throughout the house. When he realized that it was no longer a hobby, the company TrueKinetix was founded and has been based in Heemstede in the Netherlands since early 2019. 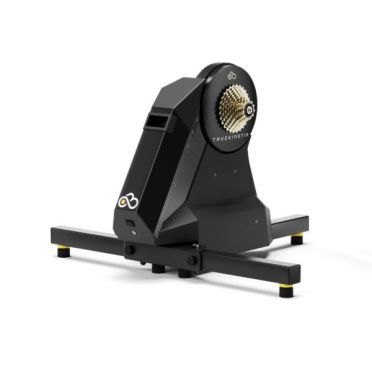 With the TrueKinetix TrueTrainer Shift, you'll experience the ultimate indoor experience thanks to theTrueForce technology. The TrueTrainer features a range of innovations not seen before. You do not need a power connection because all the energy you work up is directly used by the TrueTrainer. It is even possible to charge your devices through the USB port.

With the TrueKinetix TrueTrainer base, you will experience the ultimate indoor experience thanks to theTrueForce technology. The TrueTrainer features a range of innovations not seen before. You don't need a power connection because all the energy you work up is used directly by the TrueTrainer.

Triathlon-accessories.com uses functional and analytical cookies to provide you with a better service, in addition we would like your permission for our marketing cookies with which we can make better and more personal offers on partner sites. Do you agree with the placement of these cookies?